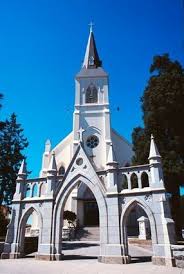 What bugs me about economics (should I perhaps say "modernist," or "capitalist" economics?)... it's like a pre-cybernetic understanding of cybernetics. one takes one look at the diagram and says, "Oh, I see, that's how it works." instead of emphasizing the modularity and intrinsic flexibility of the whole economic apparatus, potential (hoped for?) stability is enshrined and the corresponding equilibria are supposed to form the "boundary conditions" for our lives, dictated rigidly from the maxim that profit-maximization is the ultimate rule of human organization. it's self-unsconscious schizo-technics which purportedly describes "natural law" but in fact provides an optional schema for collective asocial action. It's as if someone says to you: My way of life is the only way of life: in fact, it is already yours too, you just don't know it yet, here, I'll help you to understand the errors of your ways...

The trick seems to be this: rather than understanding scale as an emergent property of nature's "laws" (possibilities), one reifies small scale objects at the cost of becoming skeptical of the larger. "Group reasoning" starts to seem a dubious concept, and such things are banished to the realm of fiction and fantasy. one assumes the large scale theory to be perfectly locked into place by the small scale theory: rather than communicating as parallel, concurrent, interlocking processes, theories dictate one another hierarchically, the lower always already pushing the higher's buttons and levers and substituting values in for variables, so to speak. Thus the dynamics of an economy work exactly like in Hamiltonian mechanics. After all, what is a firm but a collection of molecules, and what is an economy but a collection of firms? And determinism is therefore locked into not only the descriptive theory but the prescriptive one: what is correct/right/just is to follow the rules. If someone tries to inhibit firms in their inherent function, they should be suppressed with all the force appropriate for self-defense. Of course the Keynesites and Viennites disagree on exactly how this self defense of principle should be carried out. "Freedom" means, in any case, the freedom to follow one's already determined nature. Of course you're a dog; we all are.

when someone says left-bottom types "don't understand economics," I wonder at them for a moment. Do they think that hearing the good news of capitalism one more time will really pound it into my head? how many times is it supposed to take? it all reminds me a bit too much of the Franciscan horror story that unfolded here in Christ's name, right up on that hill there (you see the cross?). The truth yet haunts those who don't honor the displaced dead. As soon as the native problem had been dealt with, the pale folk began to pat themselves on the back and revise the story: it had been a loving mission full of calm light and holiness! The Truth had been brought to this place, it had been cleansed. And they built that pointed Gothic arch (yes the one that still stands) to celebrate it, or maybe as a grim warning to all others who dare stand in the way of progress.

The big bland bourgeois termination of history - world tour. As if we were the only ones going around blowing down houses. Only we're not and the world said "no," and seems to scream it louder and louder as the years pass. At this point, self-immolation and even "autistic screeching" is a more compelling argument than whatever this battered ideological pulp can be stirred into by lazy pseudo-intellectuals. And the workers are getting rowdy again. They're starting to see through the bullshit and the guys upstairs are starting to whisper again: How do we shut them up and keep them from talking?

It's written all over the walls of Facebook; Marx's face jeers out in meme after meme. His specter casts shadows in the immaculate white spaces between posts, a grim omen for those who don't keep their eye on the clock.
Posted by Unknown at 4:01 PM No comments:

My name is Paul Sintetos. I write on life and various -ologies and -ics's